Cumbia is a music style that originated in the Pacific coast of Colombia and Panama. A sonidero in Mexico City is a particular type of Cumbia dj usually named Sonido something. They are known for a strong use of the microphone with comments and greetings with a very characteristic tone, their relationship with the dancers of some neighbourhoods of Mexico City, and for slowing down Cumbias. The sonideros started in the 60's and became a cultural and social movement that developed a new style of cumbia music and cumbia dancing  that is still alive; nowadays there are more than 30,000 sonidos in the world. 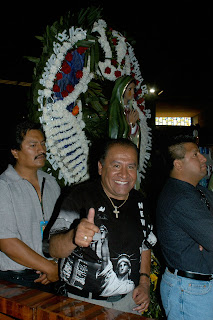 The first sonidos started in the 60's in the barrios (neighbourhoods) of Tepito and Peñon de los Baños in Mexico City. At the beginning sonidos  from the Perea brothers (which later became Fascinación and Arcoiris) organized free parties in the street where they used to play mainly Cuban rhytms, but also other latin american music for dancing. Other popular sonidos where Rolas from Roberto Herrera, but the one that became the most popular was Sonido La Changa, from Ramón Rojo (the guy in the picture in the right, photographed by Nito) . According to Ramon Rojo a good sonidero is someone that knows about music, knows about people and knows what to say in the microphone.  In the 70's mexican cumbia was already stablished (see historia de la cumbia mexicana), and became the most popular choice of the sonidos. Mexican people developed a very different dancing style for cumbias, compared to way of dancing in Colombia. By most sonideros the 80's are considered the golden era of sonideros, some bands emerged and newer styles of dancing developed, usually known as tibiri, where  gay and  transexual couples where widely accepted and respected.

In the 80's Super Grupo Colombia with the brothers Aurelio and Alberto Pedraza started playing Cumbia emulating the low tempo and the deep voice of the sonidos and using greetings, this style was cataloged as Cumbia Sonidera. Alberto Pedraza separated from Super Grupo Colombia and Aurelio helped Angel Pedraza start Grupo Kual?. These three groups where known as the Dinastía Pedraza. Some people consider the style of other groups Efrén David, Grupo Cañaveral and Yaguarú to be sonidero, they do not play low tempo or sing with a deep voice, but they often mention the sonidos in their songs. Even though these groups are rarely heard on the radio they are very popular thanks to the sonidos. Grupo Kual? released their first 6 cd's independently and you could only buy them in the market or download them in their webpage.

And this is the style of Grupo Cañaveral with Efrén David:

In 1993 Juan Manuel Cortez made the first sonidero trip to the US with Changa and Perla Antillana, they played in the Hollywood Palladium in L.A. the event was sold out, and more than 4,000 people assisted, more than the place could hold, some windows broke and the police arrived and cancelled the show. Next year they returned and sold out the LA Sports Arena where more than 15,000 people assisted. This was the beginning of a new era where sonideros will travel frequently to the US, where mostly illegal immigrants where eager to live the parties they used to have. This massive events which also became popular in Mexico, are very different from the original local bailes sonideros in the street, where everybody knew everybody.

Also in the 90's a new style of Cumbia Sonidera arrived, the Poblano style, from the city of Puebla. Characterized by the use of synthesizers and and a psychedelic sound. Some of the principal groups are, Grupo Maravilla, Grupo Soñador, Los de Akino and Los Daddys.  Here we have Grupo Soñador from Beto and Richie:
And a live presentation of Los Daddy with a song dedicated to woody woodpecker:

It is interesting to see how Mexico adopted Cumbia culturally. When a Mexican listens to salsa, he enjoys it but somehow knows it is music from Cuba or Puerto Rico. When a Mexican listens to Cumbia we think of Mexico not of Colombia, no matter if we like it or not. We might remember street markets, weddings, taxi cabs, or our neighbour at 4:00 AM. Another external figure that entered Mexican culture is the Virgin Mary in the form of Lady of Guadalupe. So it is not surprising to see there are days where people celebrate both Cumbia and the Lady of Guadalupe.  We know that in prehispanic times, Mexicans venerated the goddess Tonantzin, many historians believe it was easy for Mexicans to embrace the Lady of Guadalupe, because they had many things in common. The question is what did we have that made Cumbia infiltrate our culture in  almost every state of the country so easily?

This cultural movement has been continually growing and changing, in 2002 a new tradition began. The familia sonidera in Mexico City organized the first peregrinación sonidera (pilgrimage of the sounds), people carry a statue of the Virgen de Guadalupe to the Basílica (the church of the Virgin), and afterwards they have a party.
We have a documentary of the first Peregrinación Sonidera, and pictures from the second.  These are the pictures. 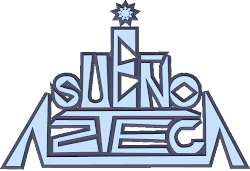 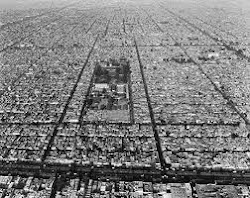 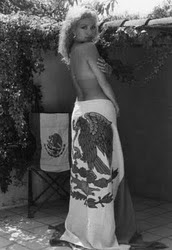 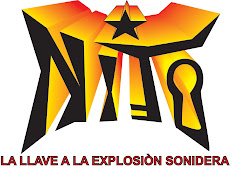